The Georgia Division, Sons of Confederate Veterans files Lawsuit Against the City of Brunswick and the Mayor / City Commissioners individually for violation of Official Code of Georgia Annotated § 50-3-1.

On November 18, 2020, the Mayor and three City Commissioners voted to violate Georgia Law (Official Code of Georgia Annotated § 50-3-1). With only one dissenting vote, The City Commission voted (only Commissioner Johnny Cason dissenting) to remove the Glynn County’s Confederate Veterans’ Monument from Hanover Park that was erected in 1902 by the Ladies Memorial Association of Brunswick.
Mayor Cornell Harvey admitted earlier that the vote would be in violation of Georgia law saying: “I think we’ll get dragged into a courtroom,” he said. “It’s going against state law.”
Apparently pandering to the “cancel culture” mob was more important than obeying Georgia law. So, Mayor Harvey and the other Commissioners will be in court and spending taxpayers’ money to defend their illegal action.
On November 24, 2020, The Georgia Division Sons of Confederate Veterans and the local Thomas Marsh Forman Camp #485 filed a lawsuit and a request for a Temporary Restraining Order. The lawsuit names the Mayor and the three City Commissioners individually and in their official capacity as defendants for violation of Official Code of Georgia Annotated § 50-3-1.
The monument honoring the Confederate veterans is located on in Hanover Park off Newcastle Street in Brunswick. The Monument was erected in 1902 to commemorate the Confederate dead in the Southern War for Independence (1861-1865). On top of the Monument is a soldier standing at rest. On the base of the Monument is inscribed:
CONFEDERATE STATES
OF AMERICA
1861 TO 1865
LORD GOD OF HOST BE WITH US YET.
LEST WE FORGET, LET WE FORGET. 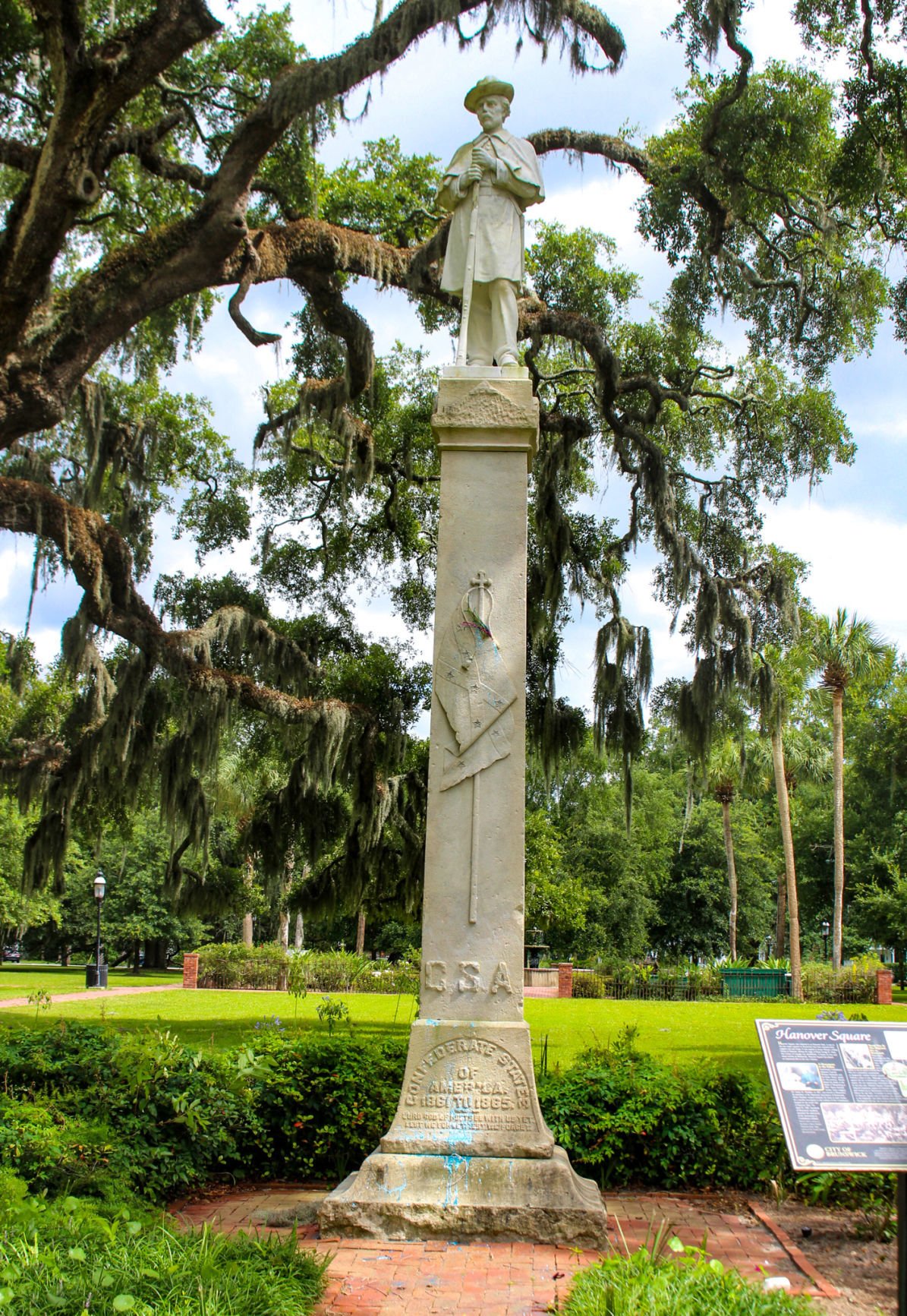