Approximately at 11:30 pm on Thursday, June 18th the City of Decatur quietly slipped in a crane and removed the DeKalb County Confederate Monument from the grounds in front of the Old Courthouse Building. This was done under the authority of court order issued by the DeKalb Superior Court stemming from a case brought forth by Decatur City attorney.

The Petition named DeKalb County as the adverse party. DeKalb County did not file an answer and the Order then issued without opposition.

The case claims the Confederate Veteran’s Monument was a “nuisance.” This action is flawed on many grounds and was issued in direct contradiction of Official Code of Georgia §50-3-1 that provides protections for our Veterans’ monuments.

The Sons of Confederate Veterans vows to file a motion to have this erroneous order reversed and establish that state law was violated. We shall also seek to have the Monument, presently in hiding “in storage” restored to its original location at the Historical Old DeKalb Courthouse.

The midnight actions of the City of Decatur and DeKalb County remind one of the Biblical injunction found in John 3:19:

“This is the verdict: Light has come into the world, but people loved darkness instead of light because their deeds were evil.” (New International Version) 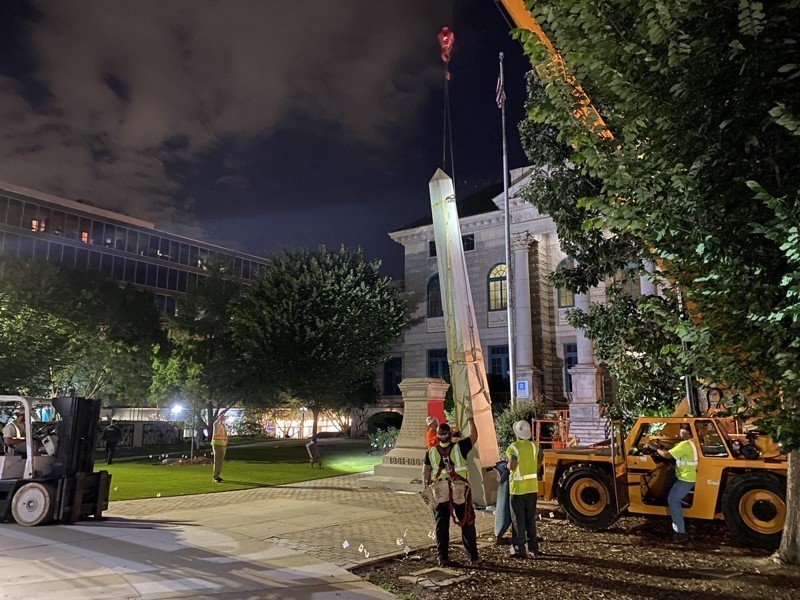