Restraining Order and Law Suit against the Newton County Board of Commissioners for violation of Official Code of Ga. Annotated §50-3-1 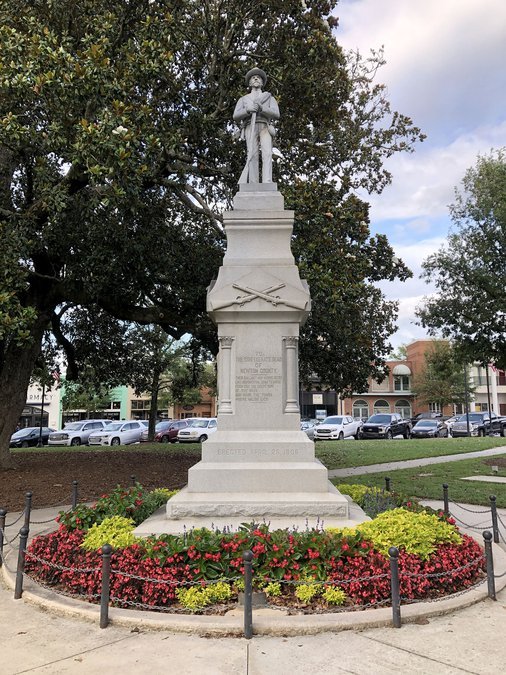 Sons of Confederate Veterans and concerned Citizens of Newton County file a Temporary Restraining Order and Law Suit against the Newton County Board of Commissioners for violation of Official Code of Ga. Annotated § 50-3-1.
Tuesday, July 21, 2020

COVINGTON, Ga. – Chief Superior Court Judge John Ott heard arguments Monday from the Sons of Confederate Veterans Legal Team and Attorneys for Newton County regarding the emergency injunction granted by Judge Ott on July 17th to prevent the Confederate monument from being removed from the Historic Covington Square.

Judge Ott ordered that both parties have (14) fourteen days to prepare written arguments. The decision will be made based on the oral arguments heard Monday and the written briefs. The Judge made clear that the statue should not be removed until a final resolution of the case.

The Sons of Confederate Veterans spokesman Martin O’Toole commented that this was a prudent ruling by the Newton County Superior Court. If the citizens of Georgia have to comply with Georgia State law so should our County and City Governments be required to comply to State law, no one or no governmental entity is above the law. Mr. O’Toole also stated that the Sons of Confederate Veterans are prepared to take this case and all other pending law suits regarding the unlawful removal of Veterans monuments to the Georgia Supreme Court.

The Newton County Board of Commissioners met on Tuesday, July 14 and approved a motion to remove the statue from the Covington Square. The intention was to place the statue in storage until a suitable location can be found. Chairman Marcello Banes said he had received “credible threats” from people proposing to damage the monument. The County was attempting to obtain a crane permit on Friday, July 17 to remove the Monument that night. The permit was denied because of Judge Ott’s emergency injunction.

At the hearing both Chairman Banes and the counsel for Newton County stated in open court they had received threats of physical harm to their persons if the Monument was not removed.

The Monument was erected in 1906 by the Ladies Memorial Association to commemorate the Confederate dead in the Southern War for Independence (1861-1865).