On Monday, September 21 Newton County Chairman, Marcello Banes was planning to have the Confederate Monument removed during the night, despite of the agreement in open Court at a hearing at which Chairman Banes was personally present that the County would not remove the Monument until the final decision was made. The Stay Order issued by Judge Ott indicates that Chairman Banes will be served personally with the order and the order further gives the Newton County Sheriff direction to arrest anyone who attempts to remove the Confederate Monument.

These actions of disrespect toward the Superior Court by Chairman Banes is further evidence that he and his fellow County Commissioners have no regard for Superior Court Rulings or State Law. They seem to think they are self-empowered to blatantly violate State Law passed by Georgia’s State Legislators or ignore agreements made in open court.

The Georgia Division, Sons of Confederate Veterans will be filing amendments to all their on-going lawsuits to include the Mayors, City Council members and County Commissioners to make them personally liable for their blatant violation of State Law 50-3-1. 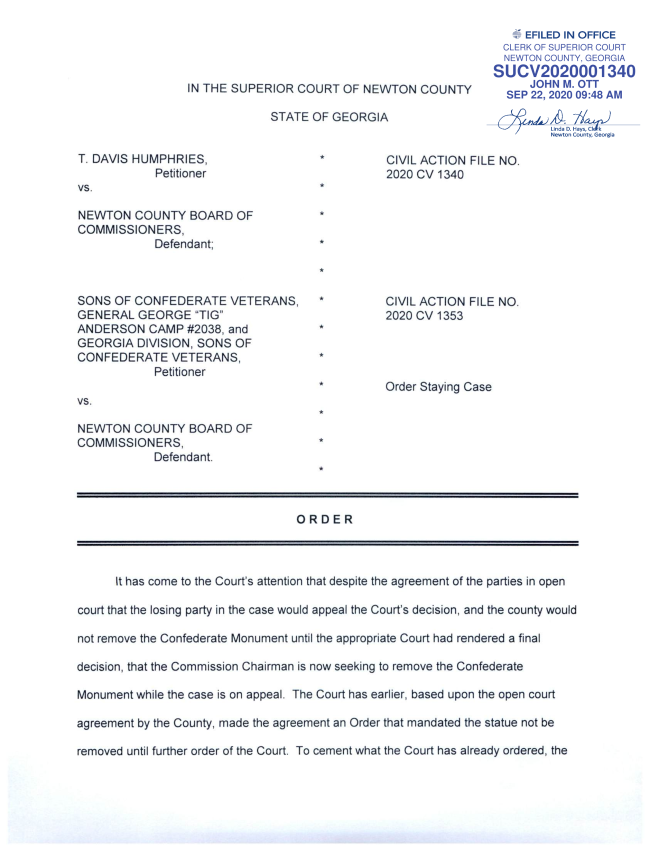 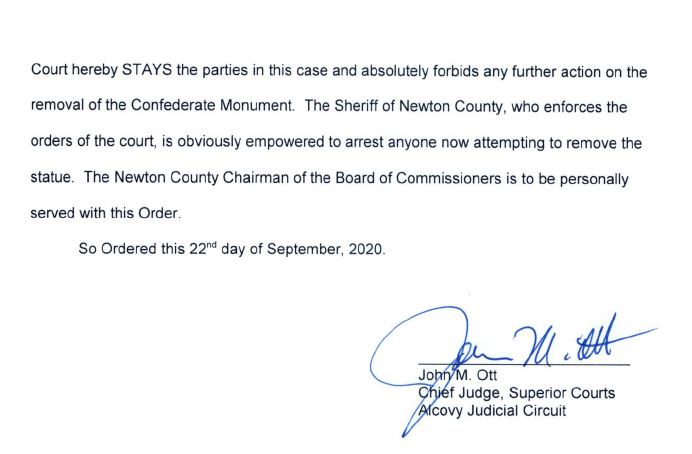 Above: Newton County Veterans Monument erected in 1906 by the Ladies’ Memorial Association.
TO THE CONFEDERATE DEAD
OF NEWTON COUNTY
THEIR GALLANT AND HEROIC DEEDS
LIKE MONUMENTAL SHAFTS ARISE
FROM OUT THE GRAVEYARD OF THE PAST
AND MARKS THE TOMBS WHERE VALOR LIES.