Motion to Intervene in Gwinnett County lawsuit to remove the Confederate Monument.

The Georgia Division, Sons of Confederate Veterans files a Motion to Intervene in Gwinnett County lawsuit to remove the Confederate Monument.

The Georgia Division, Sons of Confederate Veterans filed a Motion to Intervene as Party Defendant in Lawsuit originally filed by Brian Whiteside, Solicitor for Gwinnett claiming the Gwinnett County Confederate Monument was a Public Nuisance.

Solicitor Whiteside makes the baseless claim in his complaint that the presence of the Confederate Monument at the Old Gwinnett County Historic Courthouse in Lawrenceville is “manifestly injurious to the public health and safety.” He goes further alleging that the Monument inspires outrage, leading to demonstrations and protest, which could result in substantial violence, injury, and even death to individuals, including those who may attempt to forcibly knock it down.

It’s a sad day in our Country when our monuments erected to honor veterans are claimed to be a “public nuisance.” Solicitor Whiteside, instead of prosecuting vandals seeks to protect the commission of criminal acts against these veterans’ monument. A public prosecutor who seeks to grant criminals their wishes instead of protecting public property is unworthy of office. This is what happens when the irresponsible are placed in positions of responsibility.

The Georgia Division, Sons of Confederate Veterans will continue to fight against these attacks on our Georgia Veterans Monuments.

The Georgia Division of the Sons of Confederate Veterans encourages all concerned citizens to contact Attorney General Chris Carr and Governor Brian Kemp and encourage them to vindicate Georgia law by moving to enforce O.C.G.A. § 50-3-1. 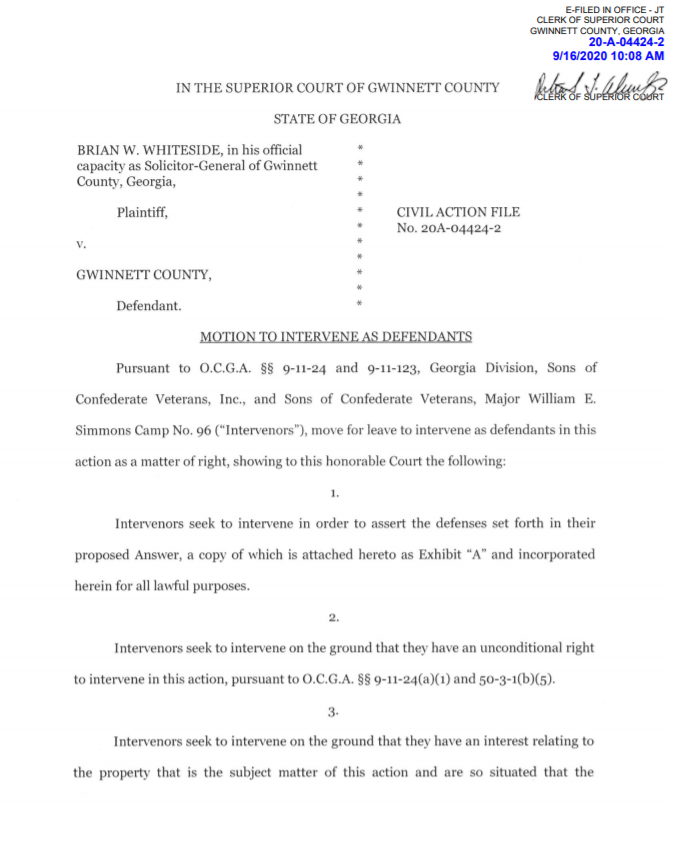 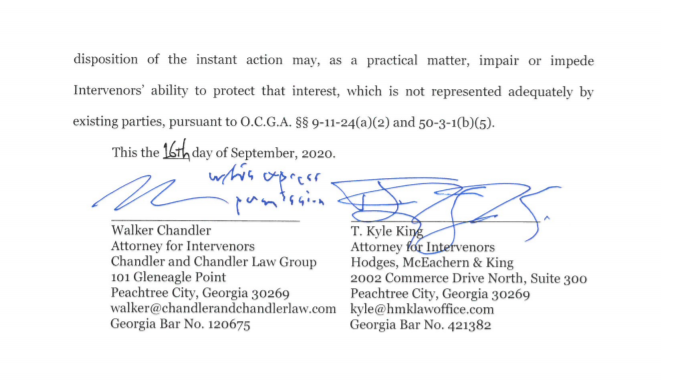