Lawsuit Filed Against the City of Waycross for Monument Removal

The Georgia Division, Sons of Confederate Veterans, and the Gen. Clement A. Evans Camp #64 file a Lawsuit Against the City of Waycross and the City Commissioners individually for violation of Official Code of Georgia Annotated § 50-3-1.
Press Release:

Apparently pandering to the “cancel culture” mob was more important than obeying Georgia law. The three (3) City Commissioners will be in court and spending taxpayers’ money to defend their illegal action.

On April 29, 2021, The Georgia Division Sons of Confederate Veterans and Gen. Clement A. Evans Camp #64 filed a lawsuit and a request for a Temporary Restraining Order. The lawsuit names the three (3) City Commissioners individually and in their official capacity as defendants for violation of the Official Code of Georgia Annotated § 50-3-1.

ETERNAL RIGHT THROUGH
ALL THINGS FAIL. CAN
NEVER BE MADE WRONG.

“MANY OF WHOM GAVE
ALL, AND ALL OF WHOM
GAVE MUCH.”

THE IMPARTIAL ENLIGHTED
VERDICT OF MANKIND WILL
VINDICATE THE RECTITUDE
OF OUR CONDUCT,
AND HE WHO KNOWS THE
HEARTS OF MEN, WILL JUDGE
THE SINCERITY WITH WHICH
WE HAVE LABORED PRESERVE
THE GOVERNMENT OF OUR
FATHERS IN ITS SPIRIT. 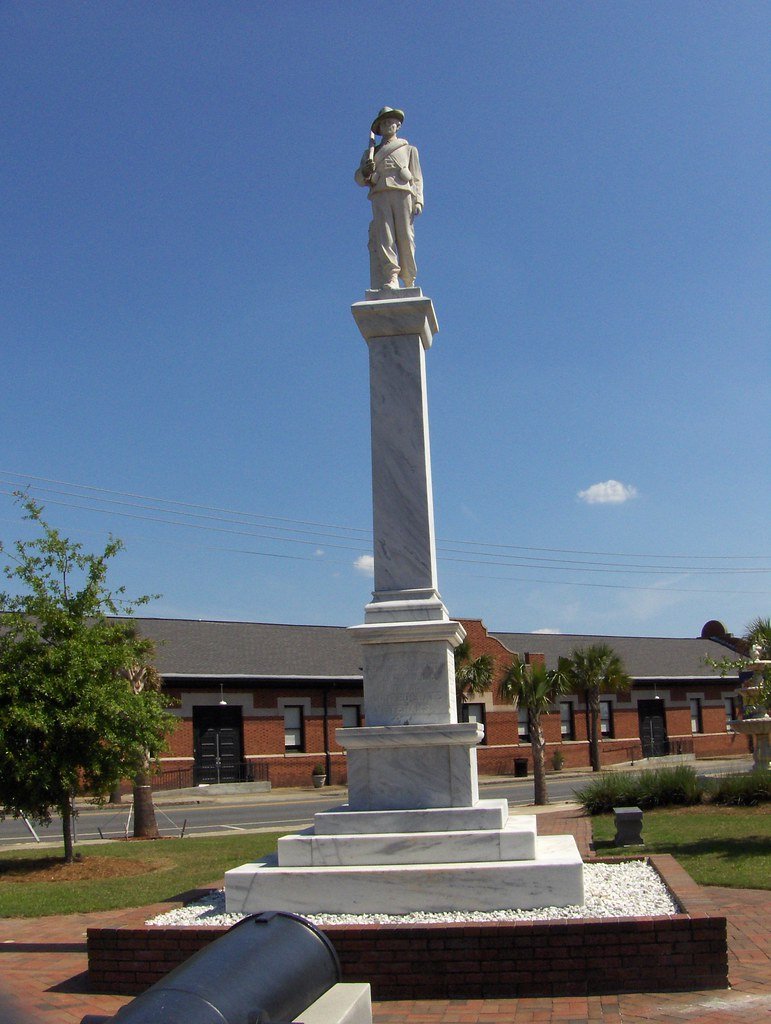 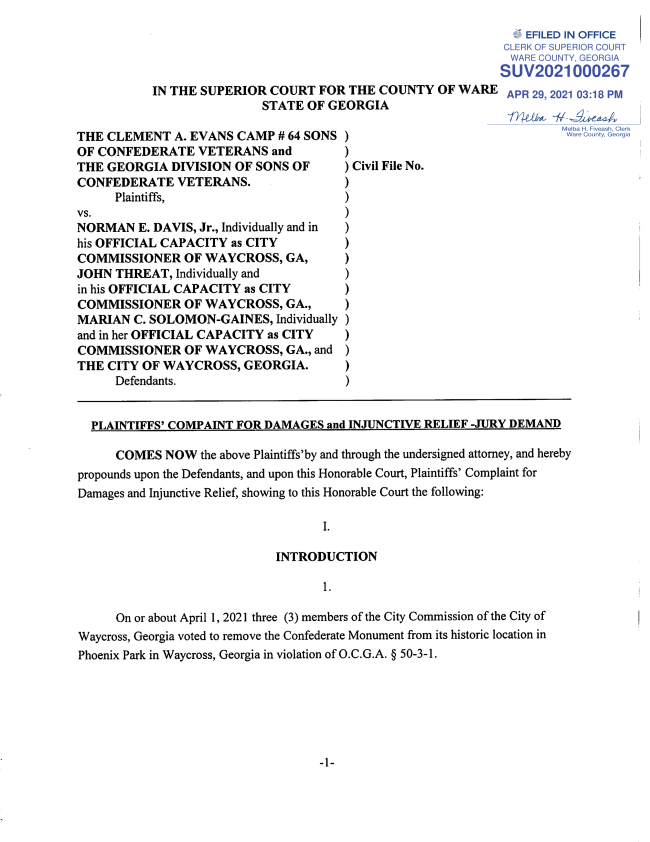