On February 11, 2021, Judge Howard McClain issued a Consent Order to halt any further efforts to remove the Randolph County Confederate Veterans monument by the City of Cuthbert. This Consent Order was agreed on by the Georgia Division, Sons of Confederates, and the City of Cuthbert Commissioners. Both parties agreed to wait until the Newton County lawsuit has been ruled on by the Georgia Court of Appeals.

If the Georgia Division, Sons of Confederate Veterans reserves the right to renew the Motion for Temporary Restraining Order in the event they receive notice from the City of Cuthbert of their intent to proceed with the relocation of the Monument.

THEY STRUGGLED FOR
CONSTITUTIONAL GOVERNMENT
AS ESTABLISHED BY OUR FATHERS
AND THOUGH DEFEATED, THEY LEFT
TO POSTERITY A RECORD OF HONOR
AND GLORY MORE VALUABLE THAN
POWER OR RICHES. 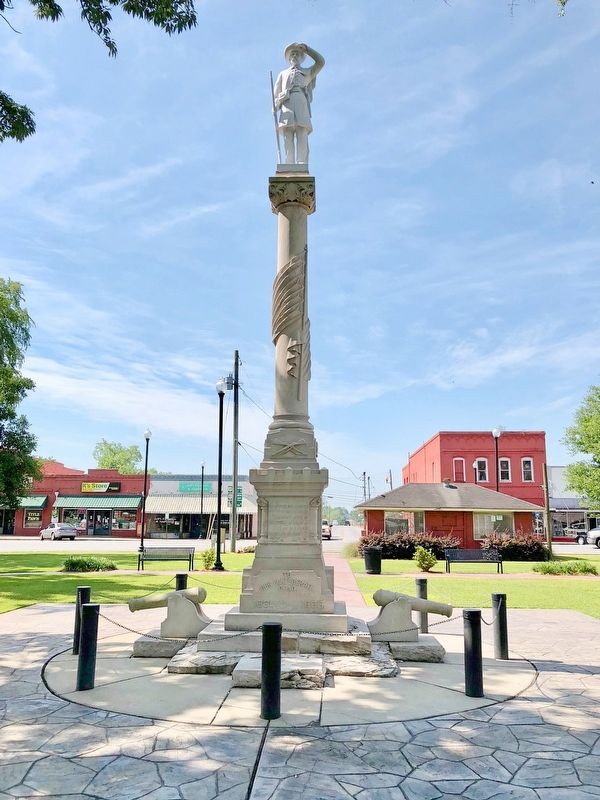 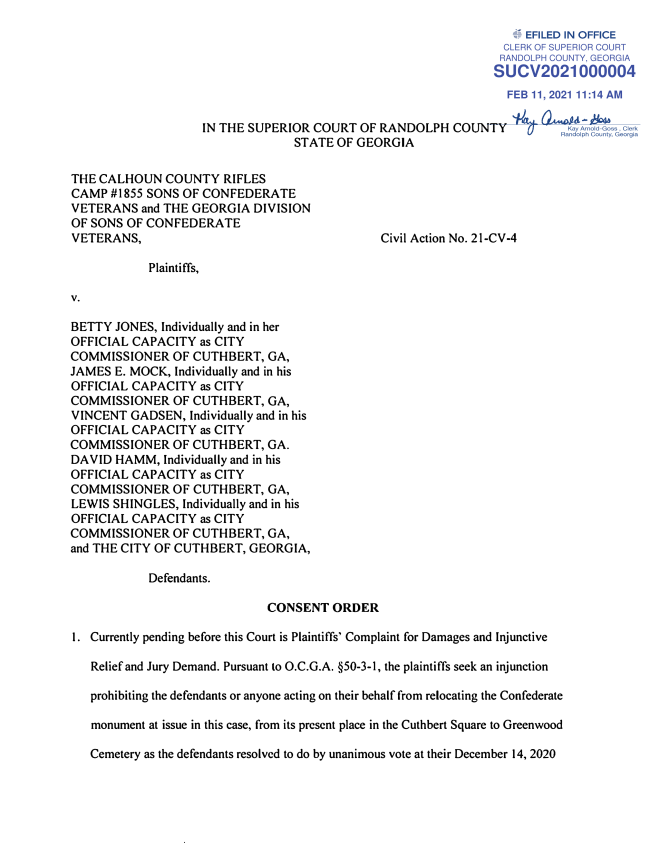