The SCV is the oldest hereditary organization for male descendants of Confederate soldiers. Organized at Richmond, Virginia in 1896, the SCV continues to serve as a historical, patriotic heritage organization dedicated to ensuring that a true history of the 1861-1865 period is preserved.

The citizen soldiers who fought for the Confederacy were motivated by the preservation of liberty and freedom in the South. The tenacity with which Confederate soldiers fought underscored their belief in the rights guaranteed by the Constitution. These attributes are the underpinning of our republic and represent the foundation upon which this nation was built. Today the Sons of Confederate Veterans is preserving the history and legacy of these heroes so future generations can understand the motives that animated the Southern Cause. 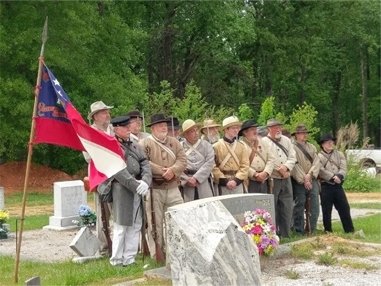 Need Volunteers to March in the Marietta 4th of July Parade on Saturday, July 3 Gentlemen, With the chinese virus last year we missed our annual parades and events we typically attend. Its important we continue to show our local communities that we are still active and are standing our ground. The Sons of Confederate Veterans have been invited to participate in the Marietta 4th of July Parade again this year. There is typically 30,000 plus parade goers and with everything opening back up there should be more. We get a very heart warming reception from the crowd every year, [...]